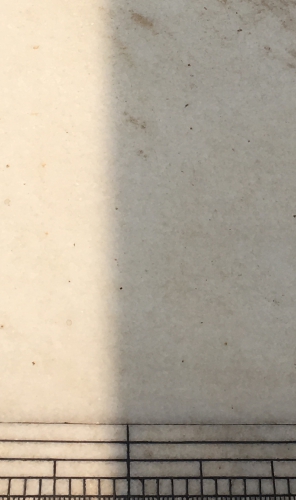 Laura Battle lives in the Hudson Valley and has exhibited her work both nationally and internationally at numerous venues including the Lohin Geduld Gallery, Rafius Fane Gallery, the Kleinart/James Center for the Arts at Woodstock Byrcliffe Guild, the Hudson Valley Center for Contemporary Arts in Peekskill, the Barn at Meadowbrook Farm in Upper Red Hook, and at the Frances Lehman Loeb Art Center at Vassar College, the American Academy of Arts and Letters, the Steinhardt Gallery at NYU, the Byrdcliffe Guild, the National Academy Museum, and L’Atelier du Caire.

She has received grants and awards from the Peter S. Reed Foundation, the NEA, Fulbright Foundation, MacDowell Colony, American Academy of Arts and Letters, National Academy Museum, the Massachusetts Council on the Arts, and Bard College.  She was commissioned by the MTA Arts for Transit program in 2008 to design windows for the Burnside Avenue subway stop.  As a curator, she directed Kendall Art and Design in Hudson, NY.

Laura studied at the Rhode Island School of Design and the Yale School of Art and has been teaching at Bard College since 1987.

Selected reviews include Art in America, the New York Times, Huffington Post, among other publications and her work is included in numerous collections including the Library of Congress, Progressive Corporation, Rhode Island School of Design Museum, and as part of the Art in Embassies Program in Jedda and Kabul.